Hops, yeast, and even adjuncts often create distinctive flavors that overpower the senses in the craft beer world, but at the end of the day, there is one key element at the foundation of all beer…

Without malt, there is no beer.

While the craft beer world is often viewed through the lens of the latest sexy hop or what decadent dessert can be immersed in the fermentable liquid or which bug can be harvested from thin air, malts are the building blocks upon which this ancient beverage is built.

Malt is often overlooked by the casual observer, whose senses are often overwhelmed by the citrus, pine, floral and spice aromas and flavors of hops. Or perhaps the malt is mired in a mass of adjuncts and non-fermentable sugar in a big, boozy stout.

There’s nothing wrong with that. After all, craft is called craft for a reason. If all beer was made to be the same, the craft movement would not exist. Beer would simply be another product of manufacturing. Many of the wild styles that come to the fore as more and more drinkers flock to craft beer are what attracted these new drinkers in the first place.

But as innovation of new styles and new flavors in beer go wild, there is now an evolving crowd of experienced drinkers – and brewers – that define craft not solely by the never-before-seen styles of beer or the latest, greatest hops.

There has always been an intense focus on quality in craft beer. After all, better, more flavorful beer, is what has drawn most of us to the craft community. As this community matures, even more focus is being put upon the key ingredient that forms the basis of beer. 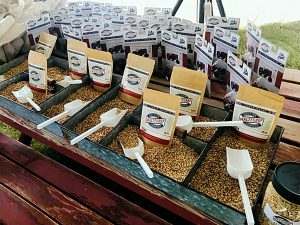 “I’m seeing a little bit of an increase in how malt is perceived and people are appreciating it a little bit more,” said Dustin Craft, Craft Sales Manager for Malteurop, one of the world’s largest commercial malting companies.

“I think malt is kind of the next frontier, now that we’ve seen the you-can-put-anything in your Juicy, Hazy, New England, whatever-term-you-prefer IPA and you can put whatever you want in your Pastry Stout,” he added.  “As people are kind of coming back to, I don’t want to say more traditional beers, but to that core of sometimes I just want a beer, I don’t want something super crazy.”

While hop suppliers have been tuned to the needs of the craft brewing community a bit longer than some maltsters, that is beginning to change. Small craft malt houses have been popping up across the United States over the past decade or so, but the craft market has now grown to a point that even the bigger players that have predominately supplied macro brewers are taking notice of craft brewers as well.

Craft (isn’t his name perfect for this job?!) says Malteurop’s entry into craft malting is two-fold: to refine some of its more mainstream malts and to develop some new proprietary varieties, both of which add nuance and depth to the character of any beer style.

“[We’re working on] malts that aren’t ideal for folks that are brewing tons and tons of beer and trying to maximize every dollar, but malts designed for people who really want flavor and character and some uniqueness, but not necessarily in specialty malt,” said Craft at the 2019 Beer Now Conference in Great Falls, Montana.

“We’re kind of working on both fronts,” he said.  “There are the barley varieties that can lead you to a base malt or a specialty malt with a different character. We’re also working on different ways to make specialty malts that are unlike anything else. It’s two avenues with the same goals.”

While Malteurop isn’t likely to be all things malt to all brewers, it doesn’t need to be. The size of the company allows it to drive innovation in quality and variety at a larger scale, while smaller malthouses fill the gaps of the micro and nano markets. 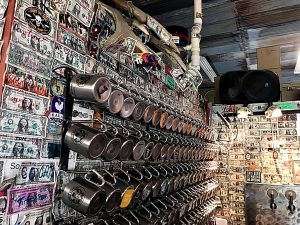 Malteurop’s entry into the world of craft malting is likely to benefit smaller brewers like JC McDowell at Bandit Brewing in Darby, Montana, who like to source ingredients from nearby suppliers as m ore and more of the craft segment goes hyperlocal.

McDowell buys from Malteurop in Montana, but primarily relies upon it for base malt, as specialty malt varieties have tended to be limited or transported too far away for them to be cost effective in the small quantities he needs.

“We do get our base two-row malt from Malteurop. It’s a Montana barley. It’s a great quality product and it’s pretty affordable,” said McDowell. “I think Malteurop is doing a good job, but definitely on the craft side, we have to have a wide variety of specialty grains.”

Like most craft brewers, Bandit keeps a certain number of flagship beers on tap, but also relies upon variety and experimentation to drive new customers and keep regulars coming back. That’s one of the tremendous upsides of a small brewhouse: there isn’t a lot of risk in developing a new recipe, even if it doesn’t go over so well.

One of the curses of that flexibility is having to source grains from numerous suppliers, as there isn’t one that meets all the needs that variety requires.

“We get (our specialty grains) from Great Western out of Washington. On the craft beer side, reality is that you don’t have a choice. You have to get Canadian, some American, German, and English grains because you can’t get that wide of a variety here, domestically, kilned,” McDowell explained.  “And there’s no way you can reproduce an ESB unless you have an English grain. You just can’t get that same flavor profile.”

That’s not likely to change to the point where all grains for any craft brewer will be supplied by one source, but that’s also a part of what keeps craft so different from macro brewers.

With a faction of the craft world gravitating toward more timeless, balanced beers, lagers and session beers are becoming more and more popular. These are particularly the styles that would rely heavily upon quality malts to give them a flavor profile that doesn’t come across as to thin or watered down. 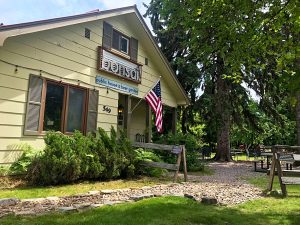 Like McDowell, Graham Hart, owner and head brewer of Bonsai Brewing Project in Whitefish, Montana, relies upon the quality and variety of malts available to him to produce an ever-rotating line-up of quality small batch brews in his taproom centric brewery.

Hart relies upon Malteurop for his base malts, but sources much of his specialty grains from smaller maltsters like Farm Power Malt in Montana and Proximity Malt, a regional maltster that has a location in Colorado. The combination provides him with all the variety necessary to create unique brews that draw new customers.

“I like Malteurop’s [base] malt, it’s super clean. Ryan at Power is trying to hit niches of flavor characters that other malteries aren’t hitting. So, he’s pulled out some really neat stuff,” said Hart.  “Proximity [Malt] has a lot of character to it, so that’s a lot of fun. From all the suppliers out there, I probably haven’t gone through 10-percent of [the varieties] that are available, probably. There’s a bunch of new stuff to play around with.”

But in an age when the focus on hops and adjuncts has reached a fever pitch, like many other brewers, Hart is pleased to have suppliers that not only provide variety, but malts that allow him to add depth to his recipes.

“Everybody is all hops, hops, hops. Everybody is focused on the new hop, so it’s good to see these malteries coming through with just good, fresh, well cared for ingredients,” Hart added.  “That’s really nice. People see the difference.”

It’s not clear that malt will ever have the same sex appeal with consumers as hops do, but there is no doubting that the renewed focus on malt isn’t going unnoticed in the brewhouse, which means better beer, spotlight or no spotlight.

This post was written by Ken & April Pishna of Living a Stout Life after experiencing their first Beer Now Conference in Great Falls, MT in June 2019.  Malteurop was a #BeerNow19 sponsor.