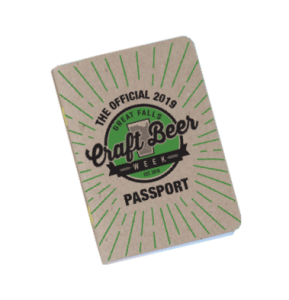 Like all good ideas, Great Falls Craft Beer Week was thought up by a few people sitting around drinking a beer!  There was already had a Brew Fest in the community that took place the first weekend in June, so we thought “why not make a whole week out of it?” That decision was made with about 2 months of planning lead time and a whole lot of beer meetings to get it rolling, but by golly we got it done.  The first annual Great Falls Craft Beer Week was such a hit with the community that knew we were on to something.  So as we wrapped up the first year and said “cheer’s” to our success, we quickly began brainstorming year 2!

Craft Beer Week is hosted by The Downtown Great Falls Association, which is a non-profit organization that is the marketing arm of downtown Great Falls, Mighty Mo Brewing Co., Jeremiah Johnson Brewing, and Black Eagle Brewery.  The team was quick to start planning the 2019 events.  As we approach the much anticipated week we are excited to share a few of the events we have planned and additions we’ve made, such as the launch of our website, www.gfcraftbeerweek.com. We also were able to design a pretty stellar passport that will be the official guide and prize entry form for all that is Craft Beer Week. 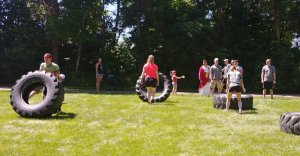 The kick-off event to Craft Beer Week is a fun, but challenging Beer Obstacle Course.  Local gyms, climbing centers, and even furniture stores provide the obstacles and we provide the “hydration stations” between the obstacles.  Attendee’s get to have a taste of some local beer to help get them through the course while the “spectator section” enjoys live music, food, and a selection of local brews as well.

During the rest of the week we partner with local restaurants to provide Dinner and Beer Pairings, letting the chef’s get as creative as they want with our local brew’s – either pairing or cooking with the best beer around.  We offer a few educational sessions for those that want to learn more about the growing culture.  One of the new events this year will be the Craft Beer Olympics to be held on Thursday, June 6th.  We are closing the street and having an Olympic Style Block Party!  Two person teams will compete to beat the clock on several challenging activities like keg rolls, tray carries, and of course a stein hold challenge, plus more.  We are excited to welcome the Beer Now Conference to Great Falls and hope that attendees will take advantage of the fun beer-centric activities happening around the city.  Register for the Beer Olympics here! 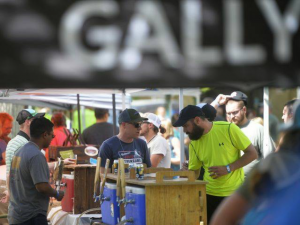 To round out the week, we invite several of the breweries that will be attending the MT Brew Fest on Saturday to come a day early and host Tap Takeovers at 18 different locations around the city.  For the “Hop On Craft Beer Tour” we provide a couple of buses to transport folks to the various locations around town, while offering a self guided walking tour of the downtown locations.  This is a fun way to showcase some of the breweries that will be attending the MT Brew Fest that takes place on Saturday, June 8th.  Many of the breweries in town Friday will also be participating in the Live Blogging Event that will kick off the VIP hour of the Brew Fest.  The MT Brew Fest will have 40+ breweries from across the state and for the first time will have all BJCP Certified Judges, including a Grand Master Judge. This is the first BJCP Sanctioned event in the state of Montana and we are beyond excited to provide this level of judging to the attending breweries. The Judges, along with a few local judges will name the “MT Brewery of the Year” and “Best in Show”, while the public chooses the “People’s Choice” award.

As the planning wraps up and we get ready to launch Great Falls Craft Beer Week and the MT Brew Fest we couldn’t be more excited for the opportunity to visit with all of the beer lovers in our community, meet the guests we will have in Great Falls for the conference and provide a fun-filled week for everyone!

Taste Vacations (or, more specifically, our overarching travel company, Zephyr United Travel Collection, which is our sister company) is hiring a new office employee to conduct the marketing for all three of our travel brands.

As you probably know, Zephyr United is a small company. We currently have 4.5 full-time employees (including Allan), and one of those positions is left vacant by our Marketing Lead to pursue a new career path.

We are specifically looking for an individual with marketing experience, preferably in the travel industry. The individual also needs to have an outgoing, caring, fun personality, as all our office staff also guide tours. The pay is not going to make you rich, but the lifestyle benefits are superb. Plus, you can work where you live as we gave up our brick-and-mortar office long ago (way before the pandemic).

Do you know someone who might be interested? Please refer them to the job description and application form. Application deadline is August 10.